A root crown excavation is a process that is done to remove excess soil built up around the base of a tree in order to expose the root flare or buttress roots. Although excessive soil can occur naturally, it is generally the byproduct of human development. When a house is being built they have a tendency to move massive amounts of soil to level the ground and such. Often enough this results with the left over trash being buried with the extra soil at the bases of trees. As well landscaping is a major culprit of this problem. When landscaper build beds they tend to bury the bases of trees in this process. It is a shame that most landscapers are not tree educated or friendly.

There are three main reasons for this process. A girdling root is a smaller root that has grown around a larger buttress root and is choking off the vascular system. This can happen naturally, as well is a big problem for trees that come from containers. After a tree has spent too much time in a container the roots have nowhere to go and begin to circle around the inside of the container. As well this problem can occur when excessive soil is built up around the base of a tree and gives an environment for smaller roots to grow into this new area. In this process we remove all girdling roots smaller than two inches and an educated decision needs to be made about any girdling root larger than that.

This may be one of the biggest killers in urban trees. The nature of the biology of a tree is such that where there is bark there needs to be air exposure. If you

uncover the roots of a tree they will eventually develop bark as the outer tissue. However, bark will never turn into root tissue. One of the causes of the little shoots that come off the root system of oak trees and take over your landscaping is a result from the trees inability to have a healthy oxygen exchange where the bark is covered by soil.
Having the excessive soil around the base holds in moister in that area, creating an excellent environment for bacteria and funguses and decay, and the result can be root rot. It is important to remove this soil so the tree does not begin to decay in the base as well allowing a proper oxygen exchange. For more information on watering, check the Drought and Watering page.

This is much like what it feels like being buried under the sand. Can you remember that sensation from when you were a kid? It feels very heavy and there is lots of pressure. Well, imagine being buried right up to your chin and how that might affect your breathing. The tree transports water, starches, and micro and macro nutrients through the roots, up the trunk, and out to the leaves. Vise versa, the leaves produce starches and are transported to the roots during the dormant season for stored resources. Having this pressure around the base significantly limits the trees ability to transport these elements with ease. Over a period of time this can create a tremendous amount of stress on the trees overall health. 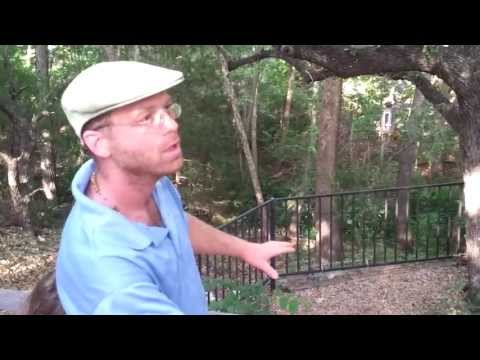 Ask us a question

Got a question about your trees?

Our customers are our best advertising. Hear what they say about our work, our timeliness, our service and more.

There is a right way and a wrong way to prune. Find out about how and when to make the proper cuts.

It's not rocket surgery, but you probably aren't doing it correctly. Learn about tree watering.

WHY USE AN ARBORIST?

What use a real arborist instead a guy with a chainsaw and a truck? So, so many reasons. Learn more.

Our tools are top-notch because your trees deserve the best.

We're happy to explore your trees and give you a consultation ... no charge. Call us.